Fraud. Con Artist. Scammer. All adjectives that can best describe the young Hepzibah a.k.a. Caitlyn Nanna who currently resides on a cul-de-sac in Villa Rica, Georgia.

But, first who is Hepzibah the young bleach blonde who says Jesus told her to change her name from Caitlyn to the Hebrew name Hepzibah, and who claims to be a traveling revivalist? Hepzi as her merry band of fellow con artists and duped followers call her was adopted at 1-years-old in Florida. The young girl never knew her real parents — homeless wanderers by all accounts — maybe that’s where the skill in running cons come from.

One would assume that since she was adopted by the Nanna’s and has stayed with them ever since she had a pretty decent upbringing, however the 27-year-old Hepzi claims she is a long suffering victim of Satanic Ritualistic Abuse, at the hands of a Luciferian cult that she claims is still after her.

That alone would shock anyone however the shit gets deeper. Hepzi also claims to be a member of the Collins family – a branch of the Illuminati – through her birth parents. By virtue of this blood she also claims to be related to Donald Trump. Even that dubious claim isn’t the full depth of her lies.

Hepzibah regularly brags about being the “Spiritual Adviser” to not only former President Barack Obama, but also Hillary Clinton. Both of whom she claims to remain in regular contact with.

There’s no limit to people, often suffering from mental illness, who claim to be related to famous people, or even secret lovers or adviser’s to them. However Caitlyn and her ‘ministry partner‘ Johnny Matthes use this bullshit claim to regularly elicit donations from gullible, kind-hearted  people who believe the two are doing the ‘Lord’s work.’

No matter your religious or political beliefs the impact of Cait and Johnny’s lies on people is truly sad.

On her Twitter Official Not My President Hepzi regularly claims to have insider information concerning palace intrigue within the White House, terrorist attacks orchestrated by what she calls the “cult” or the “collective Nazi’s,” and claims to be repeatedly threatened by the likes of former Trump adviser Steve Bannon and CIA Director Mike Pompeo.

This investigation into the young ‘revivalist’ began several months ago and has taken exhaustive steps to discredit her lies.

For starters Hepzibah claims to be a spiritual adviser to Hillary Clinton, as mentioned above, she even published in February a letter purportedly from Hillary Clinton confirming the relationship.

Now if Hillary Clinton grew deeper in the Lord as the fake endorsement says, wouldn’t she mention Hepzi in her book What Happened? After all the book is about her campaign and those around her that supported her, in the first pages she even mentions her Methodist faith. However a search of Clinton’s book finds no mention of the 27-year-old Hepzibah Nanna from Georgia. Which is funny since she took time out of her busy day to “write an endorsement” but doesn’t mention the woman at all in her book.

Debunking the claim that Cait served as a spiritual adviser to the Clinton’s and Obama’s was exhaustive and took time despite the presumption that it be so easy. Why? Because it required going through official channels, contacting former campaign staff who knew someone, who knew someone. People with real careers and busy lives who necessarily couldn’t be bothered with a 20-something con artist, whose claims would normally be debunked by normal thinking people.

However Hillary Clinton’s Director of Correspondence, Robert Russo did contact us — by email albeit a brief one. (We’ve blocked out his email so he isn’t harassed by the Hepzi-bots)

On top of her many other dubious claims Hepzibah tells her followers that she is suffering from Stage IV Bone Cancer and HIV/AIDS. However she takes no medicine for either disease.

According to the Cancer Centers of America, Stage 4 Bone Cancer is no joke:

Stage IV bone cancer is the most advanced form of the disease. In stage IV, the cancer has spread beyond the bone to other areas of the body. For bone cancer, staging also takes into account how abnormal the cells look under the microscope (the grade).

Why doesn’t she take medicine, or receive treatment? Well that’s easy, the “cult” has paid off any doctor she has sought treatment from, even though her father works at a facility that gives radiation to cancer patients. 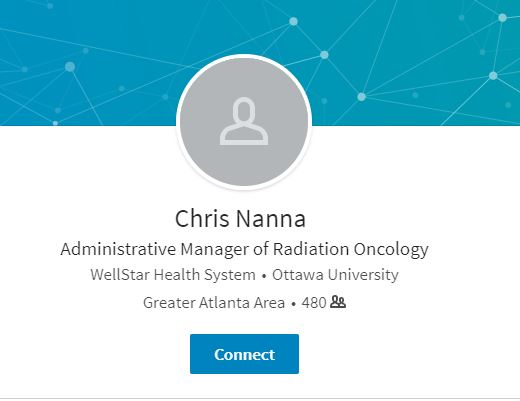 A few weeks ago a former follower asked Caitlyn to tell her what her current CD4 Levels were, something she would know if she was suffering from HIV/AIDS. What are CD4 Levels you ask according to the U.S Department of Veteran’s website:

These are the cells that the HIV virus kills. As HIV infection progresses, the number of these cells declines. When the CD4 count drops below 200 due to advanced HIV disease, a person is diagnosed with AIDS. A normal range for CD4 cells is about 500-1,500.

Of course Caitlyn had no response other than to claim the woman was working for the CIA:

As of late Caitlyn has claimed that her “ministry partner” is homeless and in typical Hepzi fashion she has begged her followers for money:

However a check of public records reveal that Johnny Matthes (aka Scott Jehu Jackson on social media) has numerous family in California and resides in Fresno, California in a beautiful 2 bedroom 2 bathroom apartment pictured below:

The lies have no bounds and legally amount to fraud. Her ‘ministry’ The Lion Triumphs has none of the legal safeguards to maintain records or verify that the money given to Cait goes to doing “the Lords work.”

Those who donate are simply paying for Hepzibah “Cait” Nanna to go on trips that have included Hawaii, California, Canada and Alaska. The latter being where she brought a Luciferian vampire who controlled the Illuminati name Cain to Jesus: 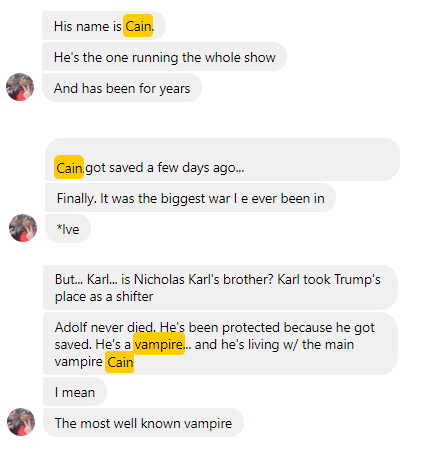 The bottom line is Hepzibah Nanna is a fraud.

She does not have Cancer.

She does not have AIDS.

She is not, and has never been a spiritual adviser to Hillary Clinton or Barack Obama.

She is a con artist.

31 thoughts on “Hepzibah Nanna Is A Fraud”